Penn Line is an American toy retail company based in Boyertown, Pennsylvania.

I received the following message from a collector friend:

„In 1967 the importer Merzbach is still listed in the Technical Journal of Model Car Racing as an importer with address 200 Fifth Avenue, New York 10010. Listed here as a source of supply for Faller.“

The 1955 Northern Pacific RR passenger cars were created by painting Cars 1420-1423, which Fleischmann used to make Pennsylvania RR cars, in Northern Pacific colors (dark green). The carriages are lighted and are on the ground with C2/5; C4/5 and C5/5 stamped.

The passenger carriages of the 1955 edition all have a sticker on the floor:

The wagons of the 1st series do not have their own Fleischmann catalog numbers.

A 2nd series was launched in 1959. Fleischmann may still have stocks that were sold in Fleischmann packaging in 1959. 1959 Series cars are stamped 21/9 but of course no Penn-Line decals.

The wagons now have their own Fleischmann catalog numbers: 1420P-1423P

These cars are much rarer than the 1955 series cars.

The freight wagons have a square sticker: 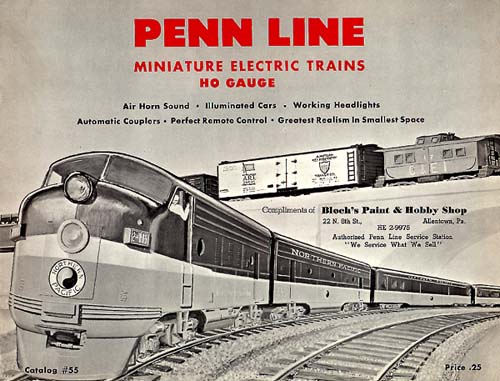 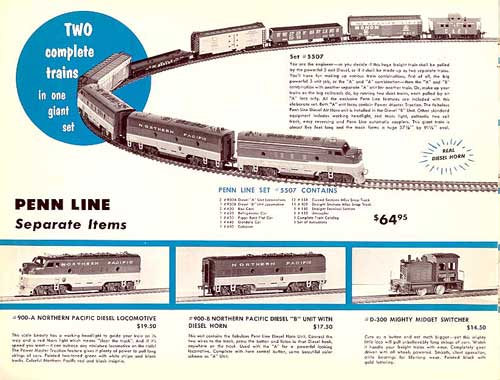 Thanks for the help to: